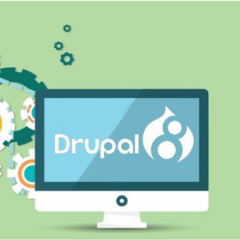 We, in Agiliway, periodically look back at our cases and challenges we have managed to stand up to. Today, starting work on a new Drupal project, we have reminisced about the project of 2016 we carried out on Drupal 8 within half a year after its release. Back then, we were pioneers detecting and resolving issues of the young version developing a solution for a world-class fruit provider serving the markets of Europe and America.

Although Agiliway always does its best to deliver quality and value to its clients, this case made us feel particular responsibility as we were servicing a world-known brand with a very long history. The company wanted not only a new corporate site, but also a smart gaming platform that would allow holding an interactive lottery with custom conditions for each participating country. Agiliway set forth to choose a suitable technology and develop a high performing solution.

The key requirements the technology that would be used for the realization of the project were scalability and superior performance that would provide a great experience for millions of users worldwide. What is more, the client emphasized the need to use the latest technology that would not become outdated any time soon. After a discussion with the client, the newly released Drupal 8 was chosen for the realization of the project. Although Drupal 8 was still new and unstable, we took the chance and chose Drupal 8 over Drupal 7 for a number of advantages the new version provided:

Despite all the advantages of Drupal 8, implementing a solution on a new version soon after its release posed a number of serious challenges that our Drupal engineers had to overcome:

Another challenging task was the development of a gamification module with custom logic and implementing advanced yet easily comprehensible and nice-looking design for recipes.

Our custom development team implemented a new corporate site with a set of advanced features. In particular:

The company received a highly performing website built on new scalable technology, Drupal 8. The Drupal 8 solution had a number of features substantially increasing the visitors’ website time and, consequently improving traffic to the website, brand awareness and users’ conversion. A lottery carried out using the developed gamification platform had flawless performance and made the marketing campaign a huge success.

While reminiscing over this past experience, we have visited the website of our clients and are pleased to know all the functionality we added has been retained. Furthermore, the client has obviously successfully mastered Drupal 8 and built many new sections for the website based on the blocks we preconfigured. Starting early with Drupal 8, Agiliway has long transformed it into one of its core competencies and we are ready to take up new challenging projects. Will the next one be yours?

x
Want to receive more info about the company, our services and the projects agiliway implements?
Let's subscribe for our updates!

This website uses cookies so that we can provide you with the best user experience possible. Cookie information is stored in your browser and performs functions such as recognising you when you return to our website and helping our team to understand which sections of the website you find most interesting and useful.

Strictly Necessary Cookie should be enabled at all times so that we can save your preferences for cookie settings.

If you disable this cookie, we will not be able to save your preferences. This means that every time you visit this website you will need to enable or disable cookies again.