As we have promised, we are going on with our rubric of the latest tech news for you. This time, we have the first portion of the autumn newsfeed and this is what September brought out.

Let us start with YouTube Shorts, a new tool focused on short (not longer than 15 seconds) video clips creating along with their promotion on the platform. In order to make the product maximally flexible and meaningful, the following features were added:

The features mentioned aim for allowing the users to stay away from their mobiles while creating a video. Any resemblances/coincidences noticed? Yes, right you are, exactly like a viral video TikTok application. Even more, the YT Shorts is going to be initially launched in India, as one of the fastest-growing SM markets, where (which is highly essential) the TikTok app was banned back in spring. Competition? Sure, a pure and unveiled competition between YouTube Shorts and TikTok. Which one will win in the arena of the app promotion and popularity is not evident yet. Time will tell.

By the way, in case you are interested, the vicissitudes of the TikTok sales are on. The TikTok selling process is still gaining momentum. Recently, Oracle Corp has announced partnering with the Chinese ByteDance to compete with MS Corp in an attempt to keep the SM platform perform in the US. We have no official comments yet, but we know that TikTok is mostly used by American teenagers and thus the administration of the platform is seriously concerned about the data security and the mobile safety issues of the users.

TikTok is not the only social platform experiencing hardships. In 2018, Google was fined billions for the antitrust rules severe violation. In order to rehabilitate itself, Google announced a quarterly auction among search engines to win their right to bid on the Android devices. So, it has come a high time the last auction winners should be announced. They include Bing, Info.com, PrivacyWall and a number of other independent search engine services to be randomly ordered on the screens of the devices. Equal right for advertising space and opportunities is what lies behind the action organization. Nevertheless, not all the winners are satisfied with the existing rules and principles. For instance, DuckDuckGo criticizes Google for the users’ exploitation as well as hidden limitations the competitors experience.

Let us move from fun and entertainment to a highly serious theme of Covid-19 pandemic fighting. Google Maps showing coronavirus hot spots is what Google came up with last month. This new tool is worked out to help you stay safe amidst the pandemic by being aware of the most dangerous areas to avoid getting in. On opening up the app and tapping relevant buttons, one can easily check out any available area (approx. 220 countries) for the Covid-19 activity there. The most dangerous places will be colored in red and a special indication of the virus cases decline or rise will be provided for better visibility and public awareness.

All the information gathered comes from secure and reliable sources, such as government health ministries, agencies and hospitals, the Wiki, the New York Times, and alike. 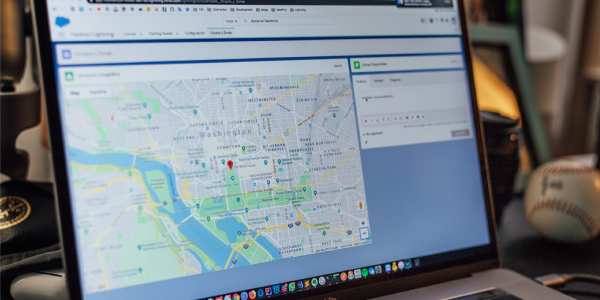 To continue with the theme of safety and security policies, it sounds right to mention Amazon One and its new service of a palm authentication. What does it mean? With the Amazon One service, you can pay at stores using a contactless way of scanning your hand as a new mode of fingerprinting. The action algorithm is the following:

That’s it, you are done. The security level is really high as there are no two palms alike and all your data is safe with a possibility to be deleted on your demand. No Amazon account is obligatory; a phone and a credit card are the only things you need. The service is announced to be available in the following months, so try it as it promises to be well worth it. 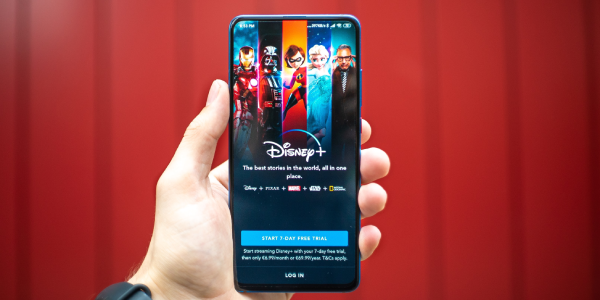 The final discussion here would be of an interactive, amusing character and concerning watching TV programs/movies, etc. together. ‘Together’ is a key word here. The feature was born as a reaction to the strict ban over cinema visits in the framework of the pandemic fight. People found themselves in lockdown with no possibility to amuse themselves and have fun. Disney+ launched a new GroupWatch feature. The feature has already positively recommended itself in Canada, Australia and New Zealand. It is extremely easy to use and needs no special browser extension and works on any device chosen. It can comprise up to six viewers at a time and offers a number of emojis to comment while co-watching. Disney+ does not have a chat window for discussions in order not to make the viewing process too distracting. However, it suggests chatting on other platforms, no restrictions are made. So, enjoy!

Looking forward to meeting You in our next TechNews column publication at the very beginning of November. Hope, October newsfeed would be well worth your attention.

Hello, everyone! Once again, we meet with you on our tech news column. Here, therefore, END_OF_DOCUMENT_TOKEN_TO_BE_REPLACED

Can you imagine your life without your mobile phone? Doubtfully. It is not only about END_OF_DOCUMENT_TOKEN_TO_BE_REPLACED