The trend of escaping from the big cities has become particularly prominent with the onset of the Covid-19 pandemic. There have been several changes in society that have taken away the hustle and bustle, such as being able to work from anywhere. This has allowed some families to move away from the concrete jungle to places where they can afford a big house in a truly great neighborhood and schools with a good education.

Of course, in Kyiv, there is a great opportunity to work in offices for good salaries, to learn something new, to participate in conferences, meetups, hackathons and to experience the beauty of the city every day. But the megacity distances men – children of nature – from the original habitat: land, clean air, water, forest, mountains. Working remotely has allowed professionals in many fields to rethink their attitudes: for the same money, they live a quiet, measured life and spend minimal time getting to work, can enjoy the same benefits as in the metropolis. Talking about the cities to live in, Ivano-Frankivsk takes third place after Lutsk and Vinnytsia accordingly to IRI ranking.

In a demographically changing and urbanizing Ukraine, Ivano-Frankivsk has become a great place for young people. Residents have a distinctly modern mentality: they realize that intergenerational connections are not just valuable for them, but for their communities and country.

It has also the highest comfort index for IT professionals – among the 22 cities analyzed, it is considered the safest and most successful in terms of infrastructure, climate, real estate costs, and standard of living in general. Let’s see why Ivano-Frankivsk takes the lead.

Ivano-Frankivsk as the PACE nomination winner

In 2018, just before the start of the pandemic, Ivano-Frankivsk won the Parliamentary Assembly of the Council of Europe (PACE) award. By the way, the Europe Prize is the highest award that can be given to a European city for its activities. It is renowned for its promotion of European values and its international cooperation, particularly in academia. Here the specialist can get an excellent basic knowledge of information technology: at the strong IT department of National Technical University of Oil and Gas, the Faculty of Mathematics and Computer Science of Vasyl Stefanyk Precarpathian National University, and the Department of Mathematics, Physics, and Computer Science of Danylo Halytsky University. 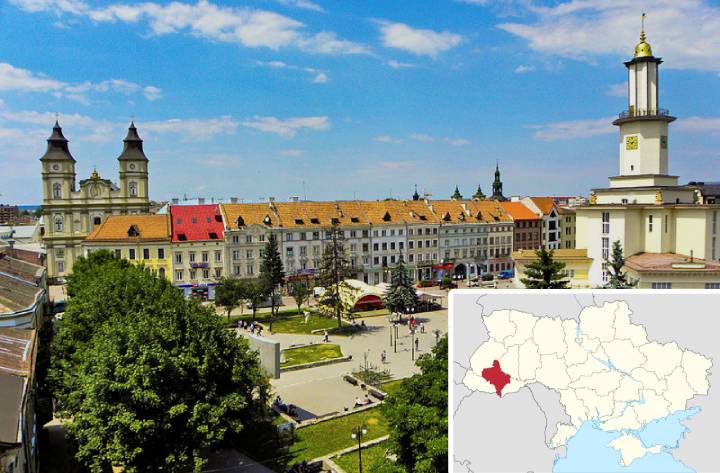 In the ever-changing IT environment, every professional will undoubtedly need to improve their skills after completing their master’s degree. This can also be done locally: there is a well-developed IT community, which offers a multitude of courses. For example, Agiliway is one of those companies that believe in the power of good education. Agiliway Training Center alone has an exceptional record of personal development after completing a training program. It invites top speakers to expand their professional level and help sharpen their skills.

Since Ivano-Frankivsk has only recently become a popular place for specialists to relocate, all the excitement of business sharks is not yet fully displayed here. Therefore, starting a new venture in this town might be more profitable than in densely populated locations: the availability of free niches and inexpensive real estate facilitates the development of startups and the adaptation of foreign companies. Many companies have started to opt for a more profitable approach in terms of doing business, realizing that small towns like Ivano-Frankivsk have huge potential. Between 2019 and 2020, more than 40 local IT companies have posted about 1,573 job vacancies on one well-known job search website. Although it is 10 times less than in Lviv, so the rapid development of the town is undeniable.

Today in Ivano-Frankivsk, the construction of housing estates is growing rapidly. New ads are popping up all the time here. And the demand for real estate is growing. There is healthy competition among real estate developers, which promotes the creation of new projects and the quality of housing. So as you walk around the new neighborhoods you’ll find a variety of buildings, with facades littered with restaurants and shops.

Ivano-Frankivsk is quite compact and convenient. Here you can walk to the downtown, have a coffee in a cozy cafe and then head off to work. There is a romance in such daily rituals. The pedestrian infrastructure here is top-notch, as well. Of course, the city is not designed for an abundance of vehicles, so traffic jams sometimes occur. Road quality and accessibility are slightly less developed (as in other regional centers). The same time small Ivano-Frankivsk International Airport makes it easy to get into several locations connected with the rest of the world

The immediate vicinity to the Carpathian Mountains is an unquestionable advantage: in just an hour and a half, you can be at the foot of the mountains. Yes, the air here is cleaner than in big cities! It is truly green: there are plenty of parks, squares, and lakes. By the way, the Bystrytsia River is also a good place to clear your head from the daily grind.

The town has a well-developed cultural scene, with a philharmonic hall, theaters, art galleries, and cinemas bursting with new products and ideas. Every week there are all kinds of conferences, meetings with famous musicians, writers, artists, actors, etc. Ivano-Frankivsk doesn’t forget its nightlife: you’re guaranteed to find a good restaurant or cafe at 5 am or late at night. By the way, the local food here is particularly tasty: be sure to try the dumplings with various fillings, palyushki, zwickl, and of course the cholodec. These dishes are markers of regional cuisine.

The IT sector is filled with international companies. Of course, small companies and teams still prevail here. But they also provide an excellent opportunity for newcomers to learn and get their first job, as well as for experienced programmers to have decent working and earning conditions. Ivano-Frankivsk has its own unique IT centers. Conferences (IT Rally Starters, Startup Camps), various events from the IT cluster, networking events, etc.

The town is a great place to start a new venture: it’s easy to find a unique niche, rent an office and hire brilliantly educated staff with solid skills, all while ensuring decent working conditions. The relatively close to European cities speeds up the transportation but also makes it easier for specialists to travel abroad.

For big ambitions, sometimes it is better to choose a small town to give a quick start to ideas. And you couldn’t possibly find a better place to relocate to than Ivano-Frankivsk: the developed infrastructure, standard of living, environment, and mentality of the locals are fascinating and boost the potential of large companies and small teams.

Great choice in real estate makes it easy to find the best housing and offices. The accessibility of cafes and restaurants at all hours of the day and the cultural peculiarities make Ivano-Frankivsk particularly interesting for tourists. Although the locals are no strangers to a leisurely culture, it offers plenty of opportunities for business and education.

Hello, everyone! Once again, we meet with you on our tech news column. Here, therefore, END_OF_DOCUMENT_TOKEN_TO_BE_REPLACED

Can you imagine your life without your mobile phone? Doubtfully. It is not only about END_OF_DOCUMENT_TOKEN_TO_BE_REPLACED