2021 gives the feeling when all the upheavals and hardships are behind, and the Jumanji has been already passed. Microsoft CEO Satya Nadella noted that in two months, the digital transformation achieved a decade of progress. Not surprisingly, but opportunities often arise from the crisis.

Thus, more people are waking up to the fact that big companies can be created in any country, notable talent can work anywhere, and the largest investors can finance projects from anywhere. In this article, we analyze Ukraine as a promising IT outsourcing country in the CEE region.

Portrait of a Ukrainian software engineer

The special mentality of each foreign specialist distinguishes him not only in the team but also becomes a useful tool in the work process. An investor needs to know his specialist “by sight”. Personality traits, education, creativity, type of thinking, ability to find a common language. What are the key features that distinguish Ukrainian specialists from others?

There are around 400 colleges and universities in Ukraine, which graduate more than 35,000 people annually. Among them, 6 universities are included in the ranking of the best according to QS World University Ranking. Moreover, Ukraine ranked 4th in the number of certified specialists in the field of computer technologies (by Nearshore IT Outsourcing Market Research & Consultancy). The developers show impressive results in global competitions as well.

But we cannot but mention that university education does not prepare the specialists to start working in the software development sector right away. It requires additional learning. That is why every large company today offers a vast number of educational courses for both internal and external use. The organizations benefit not only from growing the professional level of their specialists but also train the ones they are in demand for and can hire during or after the courses finish.

According to the EF English Proficiency Index in 2020 Ukraine ranked among the countries within a moderate proficiency band. The number improved compared to the 2019 survey significantly. 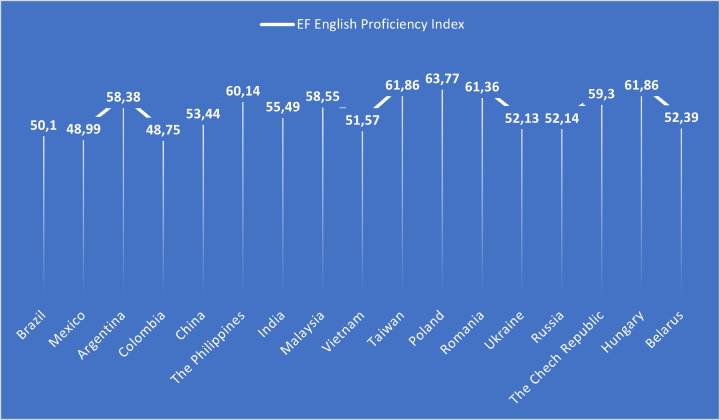 The mentality of Ukrainians is defined by hard work. When it is necessary to solve a problem, the specialists are incredibly creative. Technical skills and lateral thinking are a good addition to a business.

The Ukrainian software engineers tend to ask the employer several clarifying questions. Even in a small discussion the performer will express their opinion, give suggestions and remarks. Employers with an approach like this are valuable as they prefer preventing mistakes in the subsequent work on the project. A quality product will be created with a sensible and adequate time and effort investment.

Most of Ukrainian IT specialists chose their profession because of being passionate about technological advancement. Substantial number of Ukrainian developers opt for coding as their free-time activity. Which implies they are improving themselves all the time.

Of course, there are cultural differences to be considered when hiring foreign workers. However, there is no need to worry. Establishing clear communication rules within the team will create a positive, comfortable, and healthy environment at a workplace.

Ukrainians possess the flexibility and open-mindedness which allow them to collaborate well with businesses from Europe, the USA, Canada, Australia, etc. 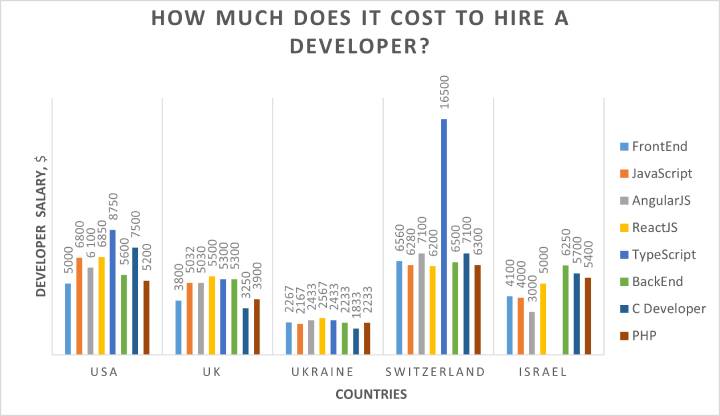 According to PayScale, Ukraine occupies the last place among the monthly salaries level among the developers from different countries. The costs of middle and top-level engineers differ, of course, and can multiply by two, three, or even four times than those of junior specialists. With such a salary gap, young developers have a huge impetus for professional growth.

Why Ukraine is attractive to investors?

In the face of a pandemic, highly uncertain and difficult macroeconomic climate, the European tech ecosystem has proven to be highly resilient.

This 2020 year has been marked by a record $41 billion invested in the European tech development businesses. However, typical delays in financial reporting state a final amount of excess. For example, in 2019, the projected investment was $ 36 billion but consequently the amount exceeded by $2 billion.

There is one interesting way to understand the relative maturity of the private equity market. Compare the relative share of venture capital investments with the country of origin of the companies that have developed the leading mobile apps. Among the European countries, Ukraine’s share is around 2% of companies with annual consumer spending on applications over $ 1 million. This number is higher than those in Switzerland, Norway and Denmark!

The State of European Tech shows the following data: 183,000 professional developers are living in Ukraine as of 2019. 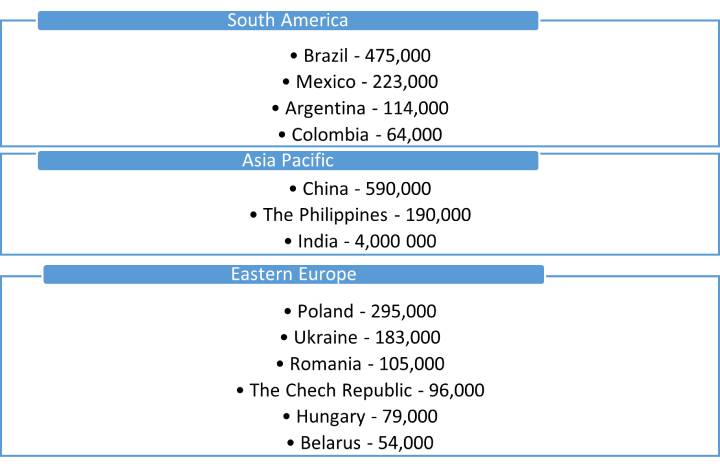 Kyiv and Lviv are the biggest centers of technology. About 52% of all developers live there. IBM, Cisco, Oracle and other market leaders cooperate with Ukrainian IT outsourcing service providers.

How to understand the growth capacity of the Ukrainian technological ecosystem? It is important to understand how the companies’ profiles are changing in terms of how quickly and on what scale they raise capital. 2017 was the year of a technological breakthrough for Ukraine as more than 3,000 IT companies appeared on the market and 1,000 of them specialized in software development. Companies began to fight not only for the specialists but also for the companies as their potential clients themselves.

Companies raising multi-million-dollar funding today are the companies raising hundreds of millions of dollars in a few years. The professionalism of a specialist is one of the most important qualities. A project is predefined to success if the team comprises of people with excellent skills.

A quick mind, creative thinking, diligence and hard work, the qualification of the personnel, as well as low labor costs allow the investor to consider Ukrainians as a strong addition to their business. Close interaction with the client provides a better understanding of their needs. After all, the success of the project and its accelerated output into the market directly depend on how well-coordinated the teamwork is.

READ ALSO: WHY DID WE BUILD DEVELOPMENT CENTER IN UKRAINE: STORY BY ARTIFICIAL INTELLIGENCE COMPANY

Hello, everyone! Once again, we meet with you on our tech news column. Here, therefore, END_OF_DOCUMENT_TOKEN_TO_BE_REPLACED

Can you imagine your life without your mobile phone? Doubtfully. It is not only about END_OF_DOCUMENT_TOKEN_TO_BE_REPLACED