Any type of website migration is considered a particularly challenging and stressful endeavor that may result in substantial temporary or even permanent traffic loss. This is why, it is important to approach migration very carefully, with a well-though strategy and ample time for testing the performance of the newly launched version. This is how Agiliway has approached the migration from TYPO3 CMS to Laravel PHP framework, which we have successfully executed for one of our established clients.

Although the migration often happens because the website owners regret their initial choice, this is not the case in this project, as the migration from TYPO3 to a framework was planned from the very beginning.

What was the reason to choose the technology, which will sooner or later trigger the need to migrate anyway? The reason was that the client wished to create a very powerful platforms with a wealth of complex features, the development of which required much time and resources. As the product was new and the business idea of the client had not been tested so far, it was too risky to make such heavy investments at that point. Therefore, a TYPO3 CMS was chosen for the development of a minimum viable product (MVP) with core features, which will allow to test the product and analyze the feedback of the market.

Soon, the business idea of the platform – assisting businesses in choosing IT products by analyzing all their characteristics and requirements and calculating ROI for each option – proved a success. Thus, the need to migrate to a framework and add more complex logic and features to the platform appeared.

There were a number of features, which had to complement the existing functionality but could not be effectively accomplished with the help of TYPO3. In particular:

In addition to the need to develop new complex functionality, there was a need to develop this functionality in a short run ensuring the uninterrupted work of the existing solution. Such demand was due to the wish to avoid traffic and customers loss, which was inevitable if the website was to be placed on maintenance for a longer time.

It was decided that from TYPO3 the website will migrate to Laravel PHP framework. This framework was chosen as a quality, flexible and reliable solution that will allow the platform to grow in power and functionality. Moreover, the system Laravel Admin & BREAD, which was used for the project, had a variety of libraries addressing project needs, such as:

To act upon the requirement not to interrupt the website’s work and to develop new features as soon as possible, Agiliway carried out a migration following a very well-thought strategy. It included the following steps: 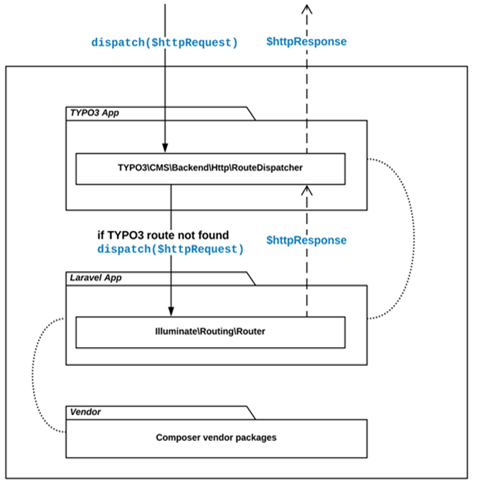 First, the well-though migration strategy developed by Agiliway allowed developers to concentrate on the development of the anticipated new features and, thus, deliver them in a relatively short term. Overall, TYPO3 CMS to Laravel PHP framework migration has allowed the platform to move beyond the MVP status and set good prerequisites for growth by:

Although website migration is something that both website owners and developers fear, we are glad to show you it can be accomplished without complications. What is more, in many cases, migration can enhance website performance and, thus, drive business results. The key to success is to pursue a good strategy and to engage a reliable partner.

Hello, everyone! Once again, we meet with you on our tech news column. Here, therefore, END_OF_DOCUMENT_TOKEN_TO_BE_REPLACED

Can you imagine your life without your mobile phone? Doubtfully. It is not only about END_OF_DOCUMENT_TOKEN_TO_BE_REPLACED